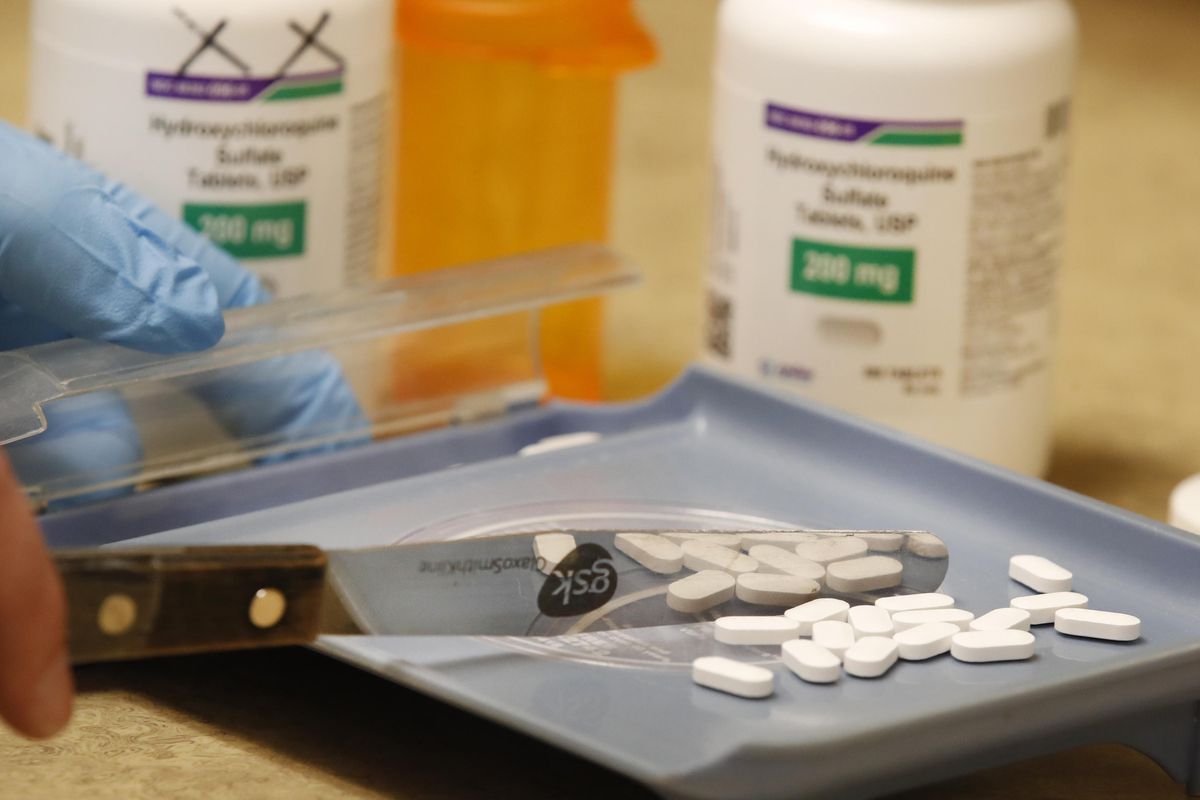 “Research both sides and make up your own mind.” It’s simple, straightforward, common sense advice. And when it comes to issues like vaccinations, climate change, and the novel coronavirus SARS-CoV-2, it can be dangerous, destructive, and even deadly. The techniques that most of us use to navigate most of our decisions in life — gathering information, evaluating it based on what we know, and choosing a course of action — can lead to spectacular failures when it comes to a scientific matter.

The reason is simple: most of us, even those of us who are scientists ourselves, lack the relevant scientific expertise needed to adequately evaluate that research on our own. In our own fields, we are aware of the full suite of data, of how those puzzle pieces fit together, and what the frontiers of our knowledge is. When laypersons espouse opinions on those matters, it’s immediately clear to us where the gaps in their understanding are and where they’ve misled themselves in their reasoning. When they take up the arguments of a contrarian scientist, we recognize what they’re overlooking, misinterpreting, or omitting. Unless we start valuing the actual expertise that legitimate experts have spent lifetimes developing, “doing our own research” could lead to immeasurable, unnecessary suffering.

Let’s start with a simple, low-stakes example: fluoridated drinking water. On the one hand, fluoride is a simple ion that shows up in various concentrations, including naturally through calcium fluoride, in bodies of water all across the world. When humans ingest too little of it, particularly at a young age, it leads to weakened tooth enamel and greater rates of cavities; when humans ingest too much of it, it leads to tooth discoloration and various severities of dental fluorosis. In extreme cases, significantly too much or too little fluoride can also lead to other problems, such as osteoporosis (with too little) or skeletal fluorosis (with too much).

In most places in the United States and Canada, our drinking water is fluoridated at a specific level that’s safe and effective for humans of all ages. In places like Colorado Springs, CO, significant amounts of fluoride are removed from the water, bringing the levels down to acceptable values; in other places, like New York City, NY, fluoride is added to bring the levels up to acceptable values. Controlling the fluoride levels of water is a safe and effective public health intervention, reducing dental caries in children by 40% where it is implemented versus places where it isn’t implemented.

And yet, there are major cities in the world, like Portland, OR or Calgary, Alberta, where the public has voted repeatedly to not add fluoride to their drinking water. As expected, the typical cavity rates in children — when controlled for socioeconomic demographics — are about 40% higher than in places where the water is fluoridated, hitting those of lower economic demographics the hardest. The idea that “our water is natural” and “adding fluoride isn’t” has proven more powerful in swaying public opinion in these locations than the science supporting fluoride’s safety and effectiveness. To the voting public, a fear of chemicals and an affinity for what feels natural was more compelling than the dental health of poor children, despite near-universal support from dental health professionals.

There’s an old saying that I’ve grown quite fond of recently: you can’t reason someone out of a position they didn’t reason themselves into. When most of us “research” an issue, what we are actually doing is:

Of course, that’s not what we think we’re doing. We think of ourselves as the heroes of our stories: cutting through misinformation and digging up the real truth on the matter. We think that, just by applying our brainpower and our critical reasoning skills, we can discern whose expert opinions are trustworthy and responsible. We think that we can see through who’s a charlatan and a fraud, and we can tell what’s safe and effective from what’s dangerous and ineffective.

Except, for almost all of us, we can’t. Even those of us with excellent critical thinking skills and lots of experience trying to dig up the truth behind a variety of claims are lacking one important asset: the scientific expertise necessary to understand any finds or claims in the context of the full state of knowledge of your field. It’s part of why scientific consensus is so remarkably valuable: it only exists when the overwhelming majority of qualified professionals all hold the same consistent professional opinion. It truly is one of the most important and valuable types of expertise that humanity has ever developed.

But only if we listen to it. It’s absolutely foolish to think that you, a non-expert who lacks the very scientific expertise necessary to evaluate the claims of experts, are going to do a better job than the actual, bona fide experts of separating truth from fiction or fraud. When we “do the research for ourselves,” we almost always wind up digging in deeper to our own knee-jerk positions, rather than deferring to the professional opinions of the consensus of experts.

When it comes to fluoridated drinking water, the consequences may only be mild: cosmetic, barely visible markings on your teeth in the case of over-fluoridation or a slight weakening of your tooth enamel in the case of under-fluoridation. But in the cases of a number of public policy measures — vaccinations, climate change, or the science of the novel coronavirus and the disease it causes in humans, COVID-19 — the stakes are much higher. The consequences of getting it wrong can lead to permanent consequences and may even be a life-or-death matter for many.

When left to their own devices, a substantial fraction of people will choose not to fully vaccinate themselves or their children. In some schools, up to 60% of children can be unvaccinated against preventable diseases such as measles, leading to a resurgence of diseases that should be eradicated. Many parents have a greater fear of adverse consequences from vaccines, despite the fact that — other than skin irritation at the injection sites — medical complications are extraordinarily rare (occurring in far less than 0.01% of patients) and occur no more frequently than random chance would indicate.

The science overwhelmingly indicates that vaccines are one of the safest public health interventions ever undertaken by humanity. But if you “do your own research,” you can find a small percentage of online activists, and even a few medical professionals, who rail against the overwhelming science, pushing discredited claims, fear, and often unproven cures or supplements as well. This fraud-driven controversy created an enormous public health disaster that’s still ongoing today.

Similarly, in the field of climate science, it’s overwhelmingly well-understood that:

This has been scientifically known and accepted by the consensus of active climate scientists for more than 30 years, and yet a sustained misinformation campaign — as well as a few contrarian scientists — has sown sufficient doubt that anyone who is determined to “do their own research” can find boatloads of websites and documents confirming whatever conspiratorial line of thought they prefer. It doesn’t change the scientific truth, but it has led to unprecedented inaction in the face of a problem with long-term, negative, planet-wide consequences.

Right now, as we enter the month of August during the year 2020, it’s a critical time for the United States and the world. We’re in the midst of a global pandemic, as the novel coronavirus SARS-CoV-2 and the disease it causes in humans, COVID-19, has claimed the lives of more than two-thirds of a million people. In the United States alone, more than 150,000 have died, with each new day adding an average of over 1,000 new deaths at present.

Although there’s still much to learn about the science of this, from how it spreads to who is most likely to spread it to what the best treatments are to the true infection rate and so on, there’s a lot that the scientific experts have achieved a consensus about. In particular:

But even those basic messages — for which there’s virtually no scientific doubt surrounding them — have sparked enormous amounts of controversy. Despite the safety and efficacy of masks, many are refusing to wear them, leading to spikes in new infections. Despite the importance of avoiding close contact with others not a part of your household, many people continue to visit friends and relatives, accelerating the spread of the disease. Despite the fact that over 150,000 Americans have already died from it, many continue to claim “it’s just like the flu,” even though the last time 150,000 or more Americans died from the flu was 1918: the year of the infamous Spanish flu.

If you “do your own research,” you can no doubt find innumerable websites, social media accounts, and even a handful of medical professionals who are sharing opinions that confirm whatever your preconceived notions about COVID-19 are. However, do not fool yourself: you are not doing research. You are seeking information to confirm your own biases and discredit any contrary opinions. Each time you do this, you exemplify the problem of anti-science bias that Dr. Fauci warned about in June:

“If you go by the evidence and by the data, you’re speaking the truth and it’s amazing sometimes, the denial there is. It’s the same thing that gets people who are anti-vaxxers – who don’t want people to get vaccinated, even though the data clearly indicate the safety of vaccines. That’s really a problem.”

There is no excuse, with all the wonderful scientists and science communicators telling the truth about a whole slew of issues in our world, for people to seek out only the opinions that confirm their own biases. The best scientists in the world — even the ones who hold contrarian beliefs of their own — all agree that we should base our policies on the scientific consensus that we’ve achieved. When that consensus changes, evolves, or moves forward because we’ve learned more than we previously knew, we should correct course to follow that novel path instead.

But that requires a kind of transformation within yourself. It means that you need to be humble, and admit that you, yourself, lack the necessary expertise to evaluate the science before you. It means that you need to be brave enough to turn to the consensus of scientific experts and ask, legitimately, what we know at the present stage. And it means you need to be open-minded enough to understand that your preconceptions are quite likely to be wrong in some, many, or possibly even all ways. If we listen to the science, we can attempt to take the best path possible forward through the greatest challenges facing modern society. We can choose to ignore it, but if we do, the consequences will only increase in severity. 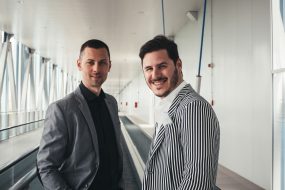 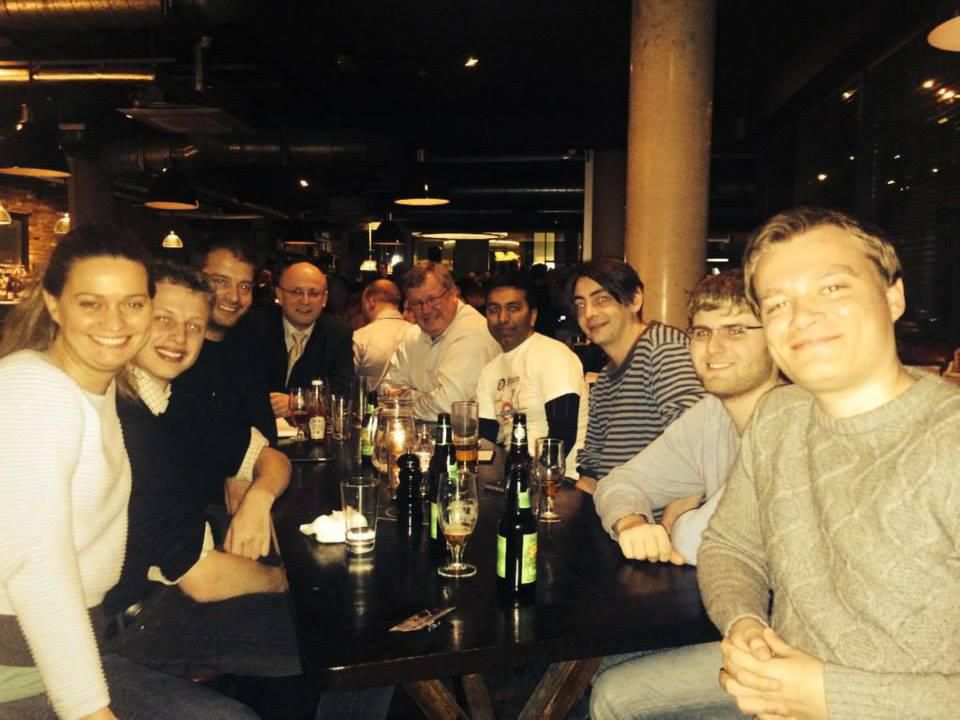 Ethereum’s First ICO Blazes Trail To A World Without Bosses 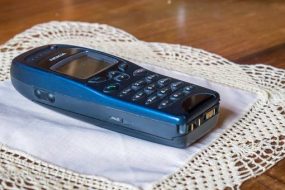 What is a monophonic ringtone?