Carbon dioxide is a colorless and odorless gas essential for plant life and growth. When excessive amounts are released, however, it can build up and harm the atmosphere. The portions released into the atmosphere are referred to as emissions.

There are several ways humans can reduce carbon dioxide emissions for their own benefit and for the benefit of the planet.

These include using alternative modes of transport, alternative fuel sources and protecting forests.

Changing transportation habits can be accomplished in several ways. First, people can carpool instead of many individuals using a single car just for transportation. Second, people can use mass transit, which can carry more people than most vehicles used in carpooling. Third, people can walk or cycle when they don’t have to travel long distances.

Another reason fossil fuels are burned is to supply energy to the factories that produce products. Redefining purchasing trends can help reduce carbon dioxide emissions. If people bought fewer energy-intensive goods, such as cars, factories wouldn’t need to use as much energy.

Citizens can put pressure on their governments to take responsible action. There is much that governments can do to contribute to efforts to reduce carbon dioxide emissions. For starters, they can impose stricter regulations on those engaged in activities that contribute to the problem. This includes calling on factories to reduce their emission rates. It also includes restricting all types of transport manufacturers from selling their goods if those goods do not meet certain standards.

Governments can also invest in cleaner technology that will help people meet their needs. For example, countries that rely heavily on coal to produce electricity can start investing in renewable energy resources, such as solar, wind and hydroelectric power.

Stopping deforestation is another way to reduce carbon dioxide emissions. Just as humans inhale oxygen to live, trees consume carbon dioxide. Yet millions of acres of trees are cut down each year to make room for other purposes such as urban development and livestock grazing. If this trend were reversed and replanting projects were undertaken, it would help as trees would absorb some of the carbon dioxide emitted. 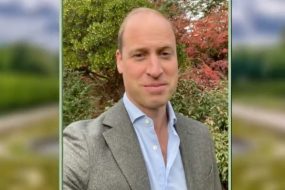