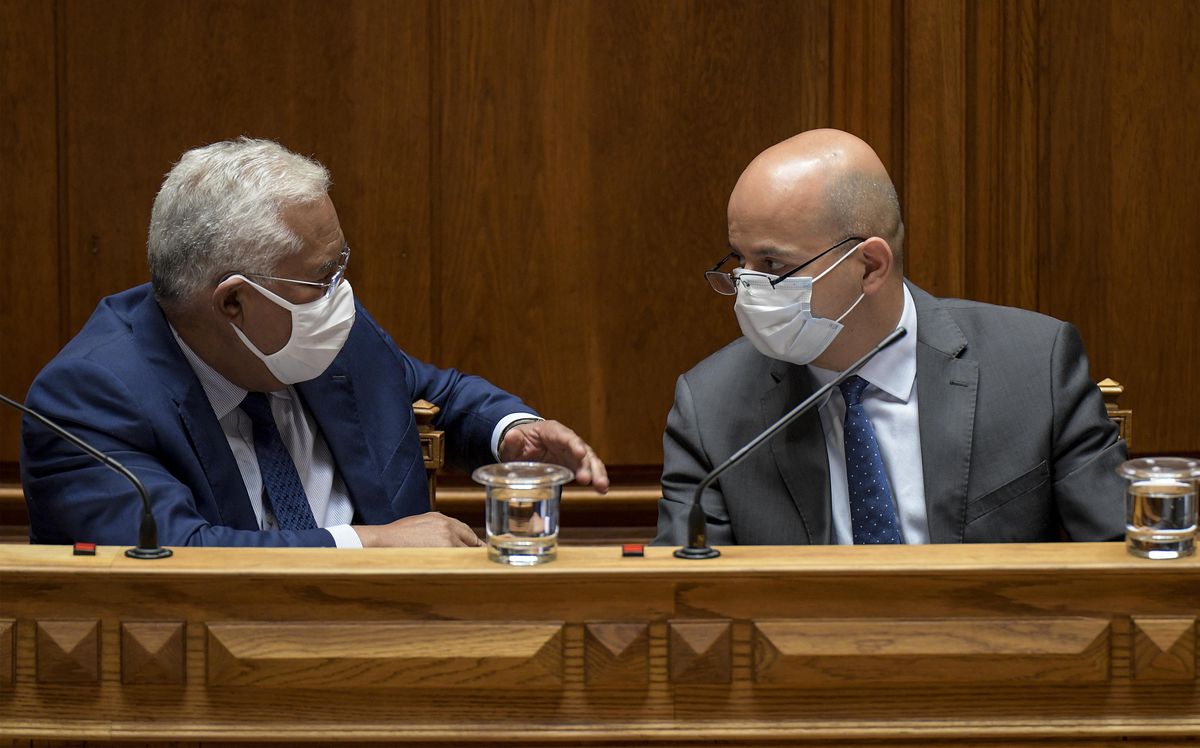 In fact, the pandemic has shown that both sides must win.

Without new medicines the country will suffer terrible loss personally, socially and economically. However, the biopharmaceutical industry cannot defeat disease—be it Covid-19 or cancer— if the health-care system cannot deliver treatment to everyone in need.

The pricing debate centers around two separate but related issues:

How much do new drugs cost to make, why, and what returns does industry need to sustain innovation?

What can be done to improve patient access to powerful, but expensive, new drugs without discouraging innovation?

Battle lines are not at all clear, but passions run high. Observers hailed Gilead’s price of $3,120 for Remdesivir, the first drug approved to treat Covid-19, as too high, too low, a magnanimous gesture of pricing below value, proof that pharma over-charges for other drugs, and that was only the first day’s response. This piece is an attempt to clear-up misconceptions and provide a basis for dialogue.

Currently, the U.S. relies on market-driven pricing, reflecting the value of drugs to patients. The result has been a veritable explosion of new medications for some of the most debilitating diseases, driven in no small part by the highest prices in the world, prices so high that patients, insurers and even the government struggle to meet them.

How much do drugs cost to make?

Most of the expense of a drug is not in manufacturing but in development that may have taken place years earlier. In the midst of the pandemic, with trillions of dollars of economic loss at stake—to say nothing of the human suffering—discovery and production are taking place simultaneously. Industry and government are spending tens of billions of dollars to shorten timelines from years to months. To an expectant public, the scramble has brought home the stark reality of both the costs and the value of new drugs.

Despite what many critics claim, a drug really does cost on average $2.6 billion (in 2013 dollars) to make. In fact, it costs more, since the drugs included in the study had a mean approval date of 2008. A series of papers—the first produced in 1991, the most recent in 2016—by the Tufts Center for the Study of Drug Development provide the most credible estimates that we have. The attention to detail is exhaustive, the findings are consistent, and the methodology and data have been validated by 20 years of peer review. In the latest study, the researchers found that prices were increasing at an annual rate of 8.5%, which if it has continued, would have more than doubled the cost by 2020.

A crude but telling calculation that Matthew Herper and Bernard Munos made in 2013, simply dividing the total R&D spend for the previous 10 years by the number of drugs approved for companies that launched between eight and 13 medicines, resulted in an eye-popping cost per approval of $5.5 billion. Mike Rea, CEO of IDEA Pharma, using a similar methodology and writing in Endpoints in 2019 arrived at a figure of $6 billion.

Why do drugs cost so much?

The cost of new drugs is inherently high and will remain that way. The two principal drivers are the intensive patient care required in clinical trials, particularly for the most seriously ill patients, and the high failure rate.

Patient care accounts for nearly 60% of the annual increase in drug development costs.  Advances like remote monitoring and multi-drug trials may help, but unlike in fields where “newer, faster, cheaper” is the mantra, the latest technologies for patient care are more likely to add to the cost than reduce it.

The high failure rate, which accounts for a third of cost increases, reflects the experimental nature of drug development. Since researchers don’t know in advance what will work, they must test a lot of candidates, most of which will fail after tens of millions of dollars of clinical trials. Scaling up the pipeline will reliably produce more losses and only rarely, very rarely, a blockbuster.

Do drugs cost too much? Are prices unfair?

Patents enable pharmaceutic companies to charge high prices for drugs that often cost very little to manufacture. However, without the assurance of patent protection, it would be impossible for the industry to recoup the costs of discovery and development.

The tradeoff between higher prices and creativity appears to have been a good one for society. In a study of 66 diseases in 27 countries, 2000-2013, published last year, Frank Lichtenberg of Columbia University concluded that “the evidence indicates that drugs launched since 1982 have been highly cost-effective overall,” though he added that “the fact that an intervention is cost-effective does not necessarily mean that it is ‘affordable’.”

Drugs have alleviated devastating diseases, reducing the financial burden of care and raising the quality of life and productivity of millions. Prices often fall precipitously when patents expire, further enhancing economic returns. Yet, there are patients for whom the cost of life-saving medicine presents the cruel choice between going without and economic ruin.

In a market-based system, people pay high prices for drugs, not because they cost a lot to make, but because they are valuable, which is fortunate. High prices enable biopharma to make inherently expensive medicines. Companies will only undertake the development of a drug, if they believe that potential sales could cover cost, not simply of that drug but all the small successes and many failures required to find a commercially successful treatment.

The U.S. pays higher prices than most other countries. In fact, Americans pay almost the entire cost of biopharmaceutical innovation. According to the study, “A Painful Pill to Swallow: U.S. vs. International Prescription Drug Prices” prepared by the House Ways and Means Committee Staff, “On average, U.S. drug prices were 3.7 times higher than the combined average of the other 11 countries in the study.” Prices in developed countries generally allow companies make modest profits on sales but not enough to recoup the cost of discovery. Since overseas prices are governed by trade agreements and international law, industry cannot achieve parity without the support of government.

Does pharma make too much money?

How much money do pharmaceutical companies make on average? According to a study in JAMA from March of this year net income (profits) in large pharmaceutical companies averaged 13%, which is in line with their peers and above a rough estimate of 10% in 2019 (down from 11.5% in 2018) for the cost of capital as reported by NYU and in the Tufts paper. Cost-of-capital is the rate of return that an investor expects from holdings of similar risk. A company that is not able to generate returns equal to or greater than the cost of capital for its peer group, cannot raise money, unless it reduces the price of its stock, creating losses for current investors.

Why the discrepancy? Pharmaceuticals are two very different, but related, businesses with different profitability. Since proprietary drugs are costly to develop and inexpensive to manufacture, sales are very profitable but innovation, much less so. As a result, despite spending more on R&D than almost any other industry, the largest companies under-invest in money-losing discovery. While they make the expected returns for shareholders, the companies consistently fail to meet their need for new products from in-house production. They depend on acquisitions of smaller firms and products to fill pipelines.

Returns to sales can look excessive, particularly when development losses accrue to biotech and the profits to pharma. However, those returns are shared throughout the industry through partnerships and buyouts.

Share buybacks are often held-up as an indication that large pharmaceutical companies are making too much money, so much that they don’t know what else to do with it. So, the argument goes, government can lower prices without fear of disrupting innovation. Price controls will squeeze the fat out of the system, the “excess profits.”

A small number of “blockbuster” drugs generate most of the industry returns. When a company with one or more blockbusters generates more returns than it can profitably put to work at that time, share buybacks are a mechanism to reallocate those otherwise under-utilized reserves. Though the company may not have worthy projects, the industry does, and professional money managers get paid to find them. By distributing capital to the biopharma investor community, buybacks encourage strategic diversity and spread risk more broadly, expanding the ownership base and making the system more stable and productive.

The simplest solution to encourage innovation would be to let pharma raise prices and to increase access would be set price controls; we can afford neither. From an economic perspective, the health-care system could sustain higher prices, consistent with value, such that reduced cost of care and restored productivity produced a net gain for society. However, a broken reimbursement system places an excessive burden on patients.

To address the access problem, the House last December passed bill H.R. 3 that, if it becomes law, would require the government to negotiate directly with drug companies. As an article from NPR explained, “[T]he bill…would direct the secretary of health and human services to negotiate with drugmakers on the price of their medications for Medicare. … The government would use the cost of these drugs in other countries as a reference in negotiation, and if the drugmaker refused to cooperate, it would be taxed. The price agreed on for Medicare after negotiation would be available to commercial insurers,” effectively setting the market price as well. Such “negotiations” are simply price controls on the few successful drugs on which the industry depends.

Price controls would have a profound effect on innovation.  A report published by the Ways and Means Committee estimated that using “the basket list price” for drugs sold overseas could reduce spending by more than 70%. Since the top 250 drugs provide roughly 80% of industry sales, the controls could cut total returns by over a half, driving the expected profits on investment in discovery/development far below breakeven.

The only recourse for companies to maintain expected returns would be to cut innovation. Making matters worse, lower prices would increase the perceived risk, leading investors to demand an even greater payback.

The hammer would fall hardest on the entrepreneurial community and its venture backers, which specialize in innovation, originating more than 60% of new drugs. The few small companies that could reach the market with funds on-hand might survive, but investors would take losses. Those with the most innovative projects would be in immediate jeopardy; startups wouldn’t happen.

Both sides can win the pricing debate.

The Covid-19 pandemic has cast biopharma in the unaccustomed role of hero, or at least potential hero. Should it succeed (by no means assured), some are hoping that an appreciative public would provide respite from the pricing wars; others are redoubling efforts to impose governmental control.

The choice between low-priced access and high-priced innovation is a false dichotomy. Controls will ultimately limit access for all. The problem is one of affordability, rather than price. Efforts must focus on spreading the burden fairly and efficiently.

In 2016 prescription drug costs were 10-15% of health-care spending and returned far more in savings, productivity and quality of life. Maintaining value-based pricing, with government help to provide insurance for those in need, would be a cost-effective investment in better outcomes for patients, present and future. 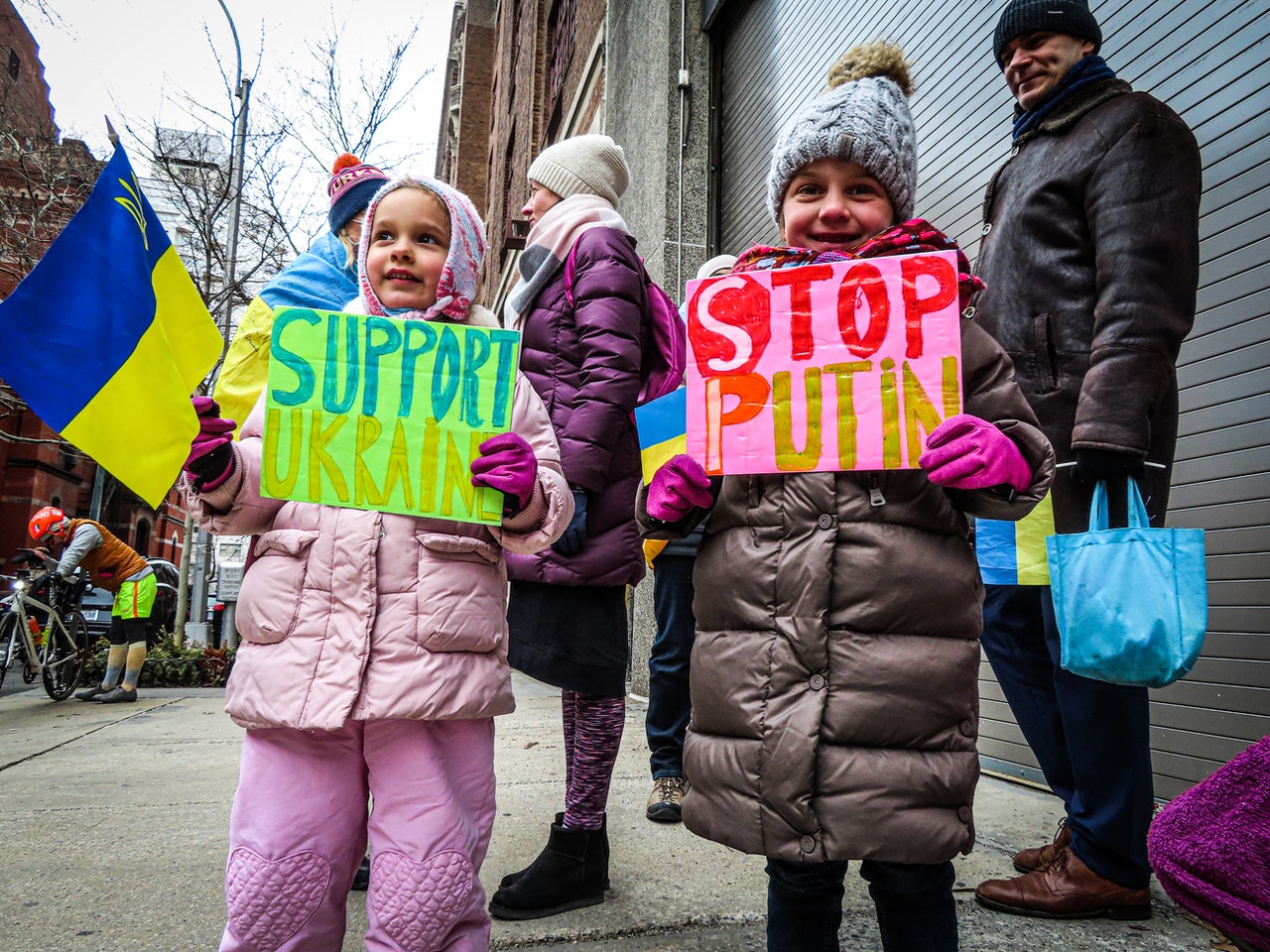 Over $ 20 million in support comes to Ukraine through Bitcoin

Beauty of deep space. Billions of galaxies in 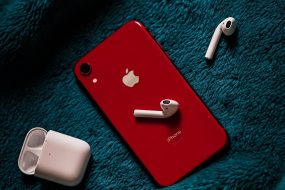 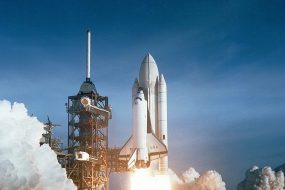